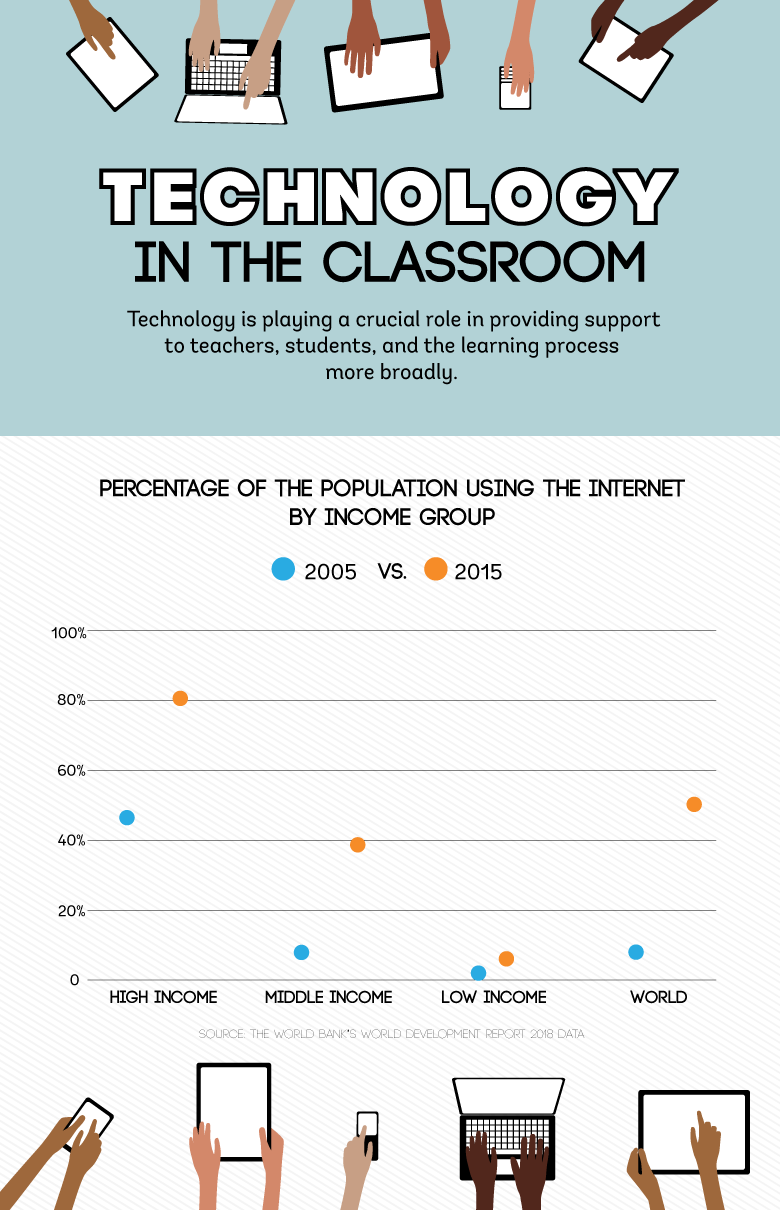 The prospect that there is substantial interactive exchange through electronic means looks unlikely from these data. No one in schools mentioned any use of e-conferences, chatrooms or electronic discussion boards as was assumed would happen when drafting the original project research questions. Table 8 indicates how face-to-face communication dominates. The related low level of electronic communication mainly confined to e-mail confirms our initial assumptions.

These data confirm our switch to a concern principally to recognise the face-to-face connections made and the need for there to be a recognition of a range of other forms of communication - particularly with respect of school-based networks. It should be remembered that high levels of face-to-face communication can be maintained while using other methods too in percentage terms as there is redundancy in the data multiple methods between nodes have been accounted for.

As Table 8 shows, any conclusions are set against slightly higher numbers of links offered by LEA sources. It appears there are more paper-based communications related to schools although we do not have enough information to say whether these are mostly being received or are also being sent out by schools. There also appears to be more phone use by schools than LEAs and we will come to the particularly high use by co-ordinators later. 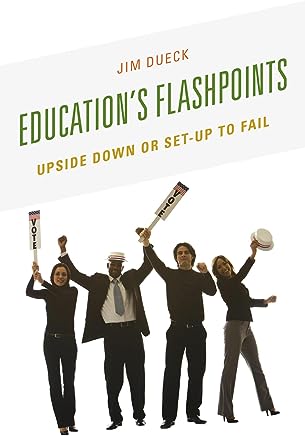 A possible explanation of this is largely as a time efficient method of communicating with the high proportions of organisations they appear to make links with. Apparently anomalously, it is primary schools that appear to be more paper-based than secondaries. Possibilities for this are that they are dealing with many LEA and DfES operated strategies, such as the New Relationship, that require documentation to be passed to schools. If we refer back to the probable multiplicity of roles performed by primary staff this would result in them receiving multiple paperwork.

That secondary schools utilise more face-to-face communication may simply reflect that they are usually bigger schools with more people to interact with and more meetings to manage communications, including the creation and sharing of ideas and practice of teaching and learning, among the larger numbers of people.

E-mail use was represented similarly. Possibly access is now equal to both primary and secondary teachers.

The Politics of Knowledge in Education

However, as we now come on to, this hides a particularly high use of e-mail by co-ordinators. School co-ordinators displayed the greatest diversity of methods of communication with less reliance on face-to face interactions perhaps reflecting the time pressures, as teachers, they are under. It appears that they are more likely to use e-mail and telephone than head teachers, and certainly less likely to use paper-based methods of communication.

It certainly reinforces the notion of well-connected co-ordinators. The most common structure is one with the LEA or the school placed at the centre such as shown in Figures 1 and 2 earlier and Figure 4. Researchers who have focused on the importance of this ascribe a quantitative value to the number of relationships to central nodes, and from this they identify hubs e. Castells, One structural form of a network is thus a hub that has a hierarchical relationship to other nodes.

We cannot ascribe such significance to maps where the respondents place themselves or their organisations at the centre because such quantitative data are not reliable. School central Resp-ondent central Other centre Number of maps In one case internal nodes stacked forming whole central block of page. Figure 4 A School generated map by a head teacher showing a centrally arranged map. Education and child support fund; advisory and education officers; networked learning community A jigsaw-style, a hierarchical map and flow diagram style map.

Problematic classification. From an initial sample of maps, all taken from one LEA, we identified structures showing hierarchy, nesting, layering and sub-networks.

These qualitative terms, with a heavy reliance on metaphor, can be seen as parallel to those utilising more systematic, quantitative analytical methods e. Hakkarainen et al, Without a common set of nodes across the data sources, quantitative analysis of measures of network density and centralisation and the like are not possible 8.

This may be possible to apply to data collection and analysis from schools who are part of an explicitly organized network, as exemplified in this paper as in an NLC. The next section presents the results of applying a computer-assisted summary of maps generated by related individuals, in this case those in one LEA, in an attempt to try and compile a complete node set across the data sources.

On these we base conclusions on how next to develop the task. In this section the results of applying a computer-assisted summary of the maps generated by individuals in schools in LEA R are presented. The method used is described in Appendix 4 9. The network graphs produced were from the network maps drawn by a group of head teachers and school coordinators from five schools in LEA R three primaries and two secondaries ; one school had only one respondent thus making nine respondents in total.

Each map and the transcript of the respondent "talking through" the process of drawing their network map were used to produce an individual network graph.

Components of the graph were derived from both the map and the transcript. This convergence of data sources not only provided some measure of triangulation but also overcame the difficulty of aggregating maps which used radically different visual metaphors and allowed us to represent, compare and aggregate different graphs on a common basis.

the process of innovation in teaching and learning

Despite the initial appeal of aggregating every map, this approach was abandoned when it became apparent that there was a qualitative difference between the LEA and the school maps. School maps often represented the LEA as a single, undifferentiated node, while the LEA respondents drew maps, which showed relationships between individuals and departments within the LEA.

Figure 9 shows a network graph relating a secondary school and one of its feeder primaries. Figure 10, shows a closer look at a section of Figure 8, indicating the impact on their graphs of the two respondents in the school having different roles. For example the presence of the AFL coordinator indicated by JH, with their more detailed knowledge of the AFL network, is represented as a locality of higher detail in the aggregated school map Figure General hypotheses can also be raised from looking at these aggregated network graphs. Hargreaves , p. Secondly, these graphs can be said to provide evidence that schools appear to be encouraging a more dispersed or distributed pattern of knowledge and responsibility, with more delegation of tasks.

It is likely therefore that the head teacher is no longer the only "conduit" of information into schools.

The limitations of this aggregation technique should also be noted. As described earlier, the node-to-node relationships are extracted from the data and redisplayed in the network graphs. Thus when a respondent drew their map, if the location of where they placed each node on the page was important then using this technique that information is lost and only the relationship between the nodes is seen. This technique also removes any pictures or icons that were used by the respondent and thus the significance that the respondent placed on those icons is lost.

For an example of the use of icons see Figure 2. Any indication of the strength of the links between any two nodes is also removed, although unless a respondent specifically indicates this on their map or in their transcript, it was in any case difficult to identify. The following summary is based on 14 data sources including 4 co-ordinators, 6 heads and 4 LEA advisers.

These were those who both received the feedback of the original maps and to whom we were able to go back approximately a year after their original baseline map was drawn. In part the interview with them in the final year was to collect information, using the map, of activity and change during the year; the results of this will be reported in a later paper.

However the interview started with questions about how valid they felt the feedback to be and concluded by asking them to evaluate the mapping task. They were free to comment on the original task, the value and validity of the feedback and the use of a map to a further interview. In the first year some explained that these questions allowed them to contextualise the task. A further two respondents went further to explain that revisiting the map, particularly with the task administrator present, allowed meaningful discussion and a chance to make sense of what the original maps represented.

Two others spoke of the use of the maps as a chance to reflect on the extent of networking activities. No general issues were raised concerning the validity of the feedback except in a few cases the identification by the researcher of key people. It was not always true that all named people were key people.

Respondents explained that some of the named individuals were given only because they were those likely to be known to the researcher or had been picked up on only as examples of relationships. Several respondents had done this prior to the final interview. The categories of nodes in the feedback were said to be helpful to give structure to thinking about what to consider representing. This was particularly true of those completing the baseline map remotely.

The main reasons given for not knowing how best to complete the task were the lack of any suggestion as to how to structure the map or the limits of what to represent. This was particularly true when trying to show meaning in addition to the mechanical placing of nodes and links. One respondent even explained that she felt she would be assessed and judged on her map and yet was unsure of the expectations and success criteria. Frustrations at the time of compilation and, particularly, during the update of the map were voiced about the fact that once committed to paper it was difficult to rejig.

Several respondents had wanted to restart or turn over and show the data in an alternative way.